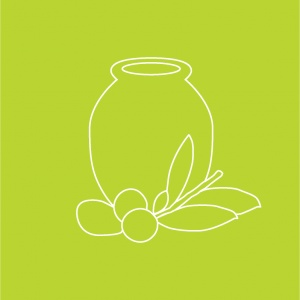 Well known for its production of ouzo, Greece’s national liquor, Lesvos also produces a wide range of delightful cheeses. Keep an eye out for various “kasseri”, gruyere, feta, “touloumotyri”, and its trademark “ladotyri”, many of which are with a “Protected Designation of Origin” (PDO).

The unique local varieties of fish and shellfish, such as scallops (“xtenia”) and baby sardines were first studied and categorized by Aristotle in the Kalloni Bay. Sour frumenty (“trahanas”), stands out among the many types of pasta produced and consumed on the island. Trahanas is not only eaten in a soup as is traditionally consumed elsewhere in Greece, it is also worked by hand into the shape of a cup, filled with cheese and tomatoes and baked in the oven. There are more than 11 million olive trees on Lesvos and the olive oil produced on the island is of extraordinary quality and has won numerous awards worldwide. There are many unique delicacies that stand out in Lesvos cuisine: The “sfougato” (omelette with zucchini), “sougania” (stuffed onions), chickpeas with mutton, “ouzatoi” meatballs (with ouzo), and “giouzlemedes” (fried cheese pies).

The ultimate island experience? Fresh sardines from Kalloni bay salted with local coarse sea salt and left to marinate for a few hours – the perfect accompaniment for a glass of locally produced ouzo.

Check THE OTHER AEGEAN network’s restaurants, cafes, bars and food and beverage producers