Obviously, there are a lot more than two reasons to visit the island of Lesvos! Lesvos has a vast and varied landscape with a very rich fauna and flora and it has been established as one of the premier birding destinations within the Mediterranean basin. It combines a strong wave of bird migration with several key species which can be otherwise difficult to see elsewhere in Europe. 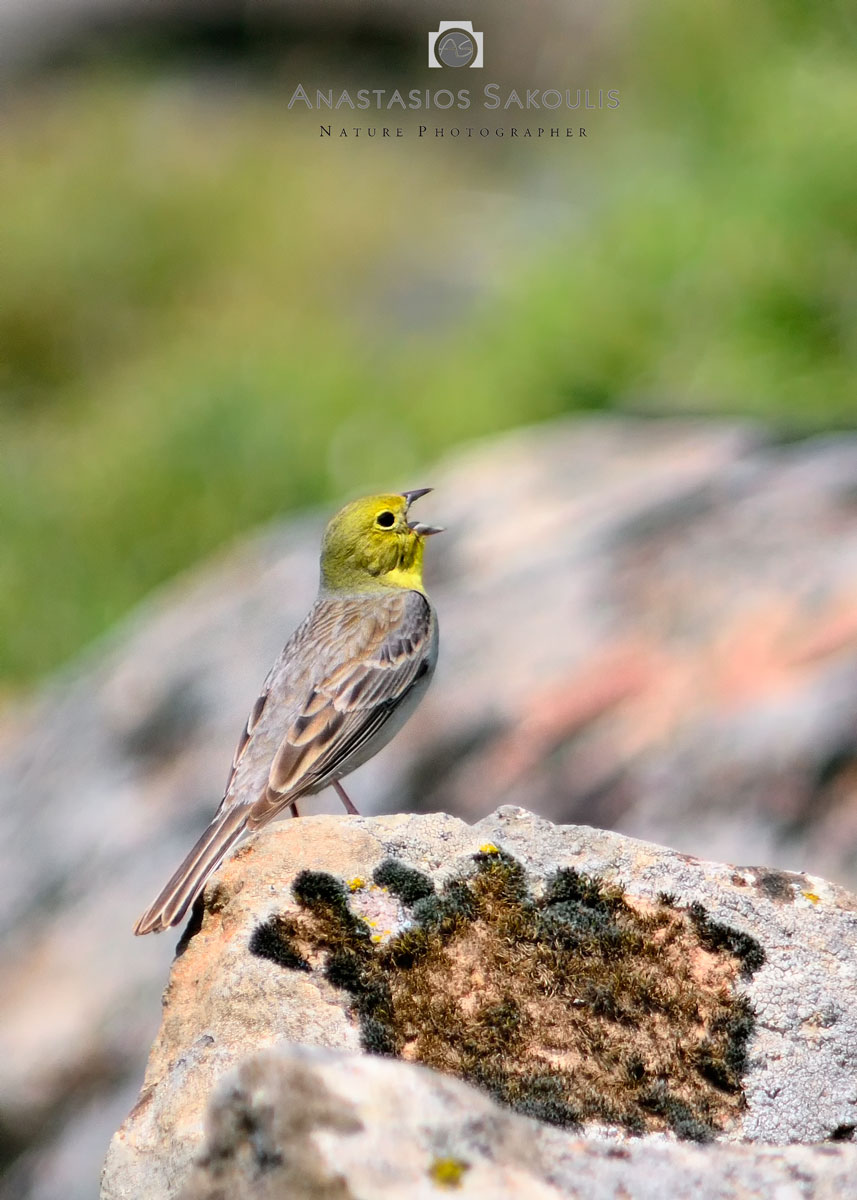 Hence, I decided a few years ago to pay a 3-day visit in late April, totally devoting my trip to birding and bird photography. In a short visit as such, the key is to plan everything in advance as well as to have decided on the species that you will target. As I live on Crete and have experienced bird watching all over mainland Greece, it was fairly easy for me to choose which birds I wanted to photograph: Cinereous Bunting (Emberiza cineracea) and Kruper’s Nuthach (Sitta krueperi). Mid- to late April is probably the best time to catch up with two of my main target breeding species, so timing was perfect.

Cinereous Buntings in late April are back on territory in the western, dry part of the island. It is one of the least known Western Palearctic buntings and it is a summer visitor to Turkey and Greece. In Greece it is only familiar with the islands Lesvos, Chios and Skyros where its breeding habitat is open rocky hillsides down to sea level with a low, rather sparse cover of low shrubs, but it may also use areas with isolated trees, such as Pinus brutia, or taller bushes. On passage, it occurs on stony and rocky slopes/hillsides with low annual grasses and bushes, chiefly in desert uplands, with a few cultivated patches. It appears also to occur on passage in lowland deserts. In winter the Cinereous Bunting occurs in dry open country with short grass, semi-desert, low rocky hills, bare cultivated land, or shrubby areas, often in dry coastal areas. 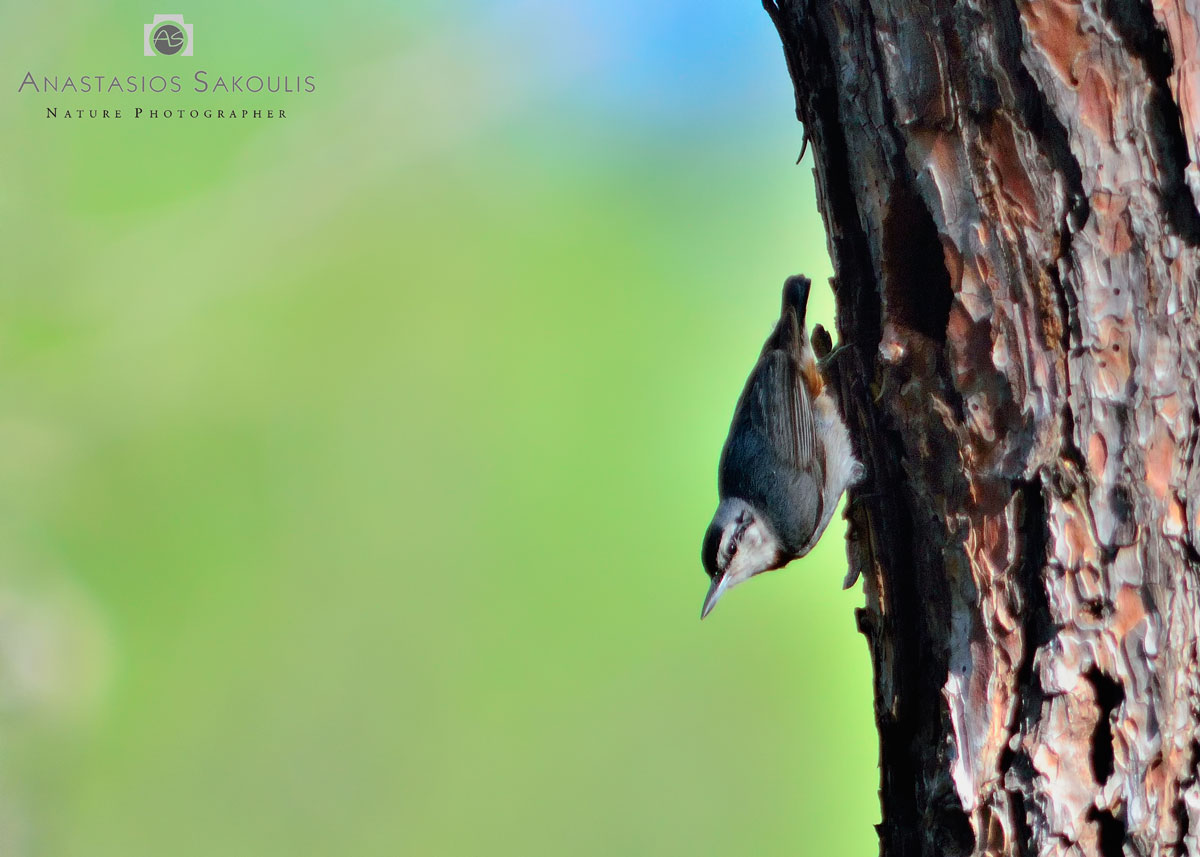 Kruper’s Nuthatch is very active at that time since the first broods will have hatched and both parents will be busy collecting food and regularly seen at the nest. The species is endemic to Europe, where it is found in Greece (on the island of Lesbos; 50-200 pairs), Turkey, Georgia (present) and Russia. It is confined to coniferous woodlands and breeds in lower middle latitudes of west Palearctic in warm dry Mediterranean and montane regions, ranging in Turkey up to 2500m, but locally down to sea-level.

I was able to locate both species and I was very happy for these 2 “lifers”. I took some decent photos, but I certainly need to schedule soon a new trip to Lesvos. Now that I know better where to look I must try for better photos of both of them, but this is not the only reason. Lesvos’ nature is breathtaking and the 3 days I lived there offered me many exciting moments. Definitely, my next stay will be much longer!!!